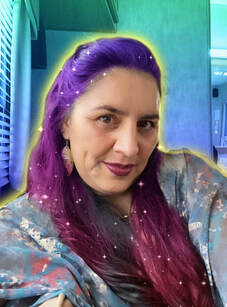 ​Jennifer Bobiwash - Writers' Group
Jennifer Bobiwash is an Anishnaabe actor, writer and all around Jen-of-all-trades. She grew up in Robinson Huron Treaty Territory and is a proud member of Mississauga #8 First Nation. As a theater actor, her credits include World Premieres at Perseverance Theater, Native Voices at the Autry and La Jolla Playhouse, as well as Yale Rep and on Tour in Northern Alaska. TV credits include: The Power, Magnum P.I. and Rutherford Falls opposite Michael Greyeyes and Jana Schmieding. Jennifer’s directing credits have been limited to short play readings for LA Female Playwrights Initiative and Little Fish Theater. Jennifer was a Season 21 Volt lab writer with Boston’s Company One Theatre and a past Artist in Residence at Thurgood Marshall College at UC San Diego. With a passion for new media, she is on all the socials commenting about cultural appropriation, language and pop culture and how it relates to Indigenous Identity.  Currently, she is working on a tv pilot about dystopian history of North America as well as being a teaching artist trying to figure out who can tell a story.

Play Description:
The year is 2491, 1000 years after Columbus has discovered America. Humanity is now searching for a new home after destroying the earth. Exiled from the Earth because of its uninhabitability, 10 ships have been launched from different cities around the globe in the hopes of rendezvousing on Planet B-612. But now, instead of a boat full of Europeans, this intergalactic ship is carrying the leader of an ancient religious order and one special passenger, someone who is believed to be the last Native American in the Universe.  How will this ancient society and once conquered people come together once they land on this new world? Or will they even make it there… 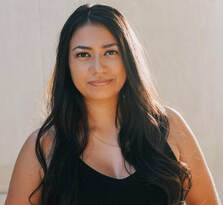 Natalie Camunas - Writers' Group
Natalie Camunas is a Los Angeles native, USC graduate, queer second-generation Latinx actor, writer, & podcaster. As an actor, Natalie has worked regionally in theaters across the country, favorites include originating the role of Gabby Orozco in the world premiere co-production of American Mariachi at the Old Globe Theatre & Denver Center for the
Performing Arts. TV credits include Goliath opposite Billy Bob Thornton on Amazon. She is a long time collaborator & ensemble member of Bessie award winning artist Dan Froot & Company. Together, they created the NY Times recommended podcast PANG, real stories about families living with food insecurity. As a director, Natalie earned a place in the inaugural class of the National Institute for Directing and Ensemble Creation at Pangea World Theatre in Minneapolis. As a playwright, Natalie’s plays have been produced in Los Angeles, New York, & Ireland. Most recently, her one act play I Can Cry If I Want To was part of the Road Theatre’s 13th Annual Summer Playwrights Festival in July 2022. Currently, she is working on a podcast she created titled The Tanias, centered around the character of Tania Del Valle in one of the most produced plays of 2019, Native Gardens. nataliecamunas.com

Play Description: Taking the Edge Off
Taking the Edge Off is the story of Sara, an alcoholic Latinx woman in her 30s, who has a night of binge drinking after learning that her partner has cheated on her. In her drunken stupor, she runs a red light and wakes up in heaven. Well, almost. She is greeted by three intermediary angels who inform her that if she’d like to return to her life, she’s got to take a hard look at how she arrived at this point. Along with their help, Sara must finally deal with a generation’s worth of familial grief, figure out who she is without alcohol, and learn what loving yourself truly feels like. 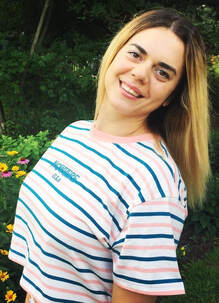 Play Description: The Sarahs (Сари)
In the year 1919, Sara, a young Jewish woman, works at her family’s bakery in Kyiv, but when the Pogroms happen, the bakery is vandalized and she must flee to New York City where her family establishes a new bakery on the Lower East Side. A little over a hundred years later in 2022, her great granddaughter Sarah is running that very same family bakery, when the landlord raising the rent, pandemic struggles, and someone spray-painting a swastika on the door, force her family to close its doors forever. As Sarah cleans out the bakery, she discovers her great grandmother’s old diary in the wall, and suddenly a new world is unlocked. Feeling determined to embrace her ancestry, and visit the land her great grandmother was once exiled from, she books a plane ticket to Kyiv, when Putin invades and she is no longer able to go. Now she must grapple with her painful family history and identity as a young Jewish Ukrainian woman living in an antisemitic world in ways she never has before. Inspired stylistically by Alice Birch and Caryl Churchill, this play is a time-bendy poetic meditation on ancestry, violence, womanhood, and Jews who’ve been cast out. 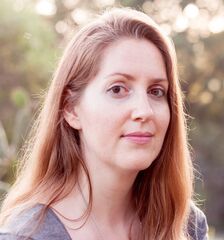 Katherine Vondy - Writers' Group
Katherine Vondy is a Los Angeles-based writer and director working in theater, film, and literature. Kat received the Davey Foundation Theatre Grant for her play The Fermi Paradox. Her plays have been developed and produced with the Athena Project, Salt Lake Acting Company, The Blank Theatre, Campfire Theatre Festival, HBMG Foundation, Fresh Ground Pepper, Paper Wing Theatre Company, The Script Readers (UK), All Terrain Theater, CalArts TSA, and The Vagrancy (where she currently serves as Writers' Group Moderator). Her plays have been finalists for the B Street Theatre New Comedies Festival, Garry Marshall New Works Festival, and Relative Theatrics' Playwrights Voiced, and semi-finalists for the O'Neill NPC and Ashland New Plays Festival. As a director, Kat helmed Sharyn Rothstein's “Troublemaker” for The Pussy Grabber Plays LA Pop-up as well as The Complete Human Experience, a live show from noted musical comedy group Lost Moon Radio. She also directed the world premieres of All Terrain Theater's Suddenly Split and Swiping Over by Tracy Held, and Jon Caren's Friends In Transient Places with Fresh Produce'd LA. Her award-winning short film, The Broken Heart of Gnocchi Bolognese, played at festivals worldwide. She has an MFA in Film and Television Production from USC, and received her BA from Amherst College. Find more information about all her creative adventures at katherinevondy.com.
​
Play Description: ORTA
In Northern Italy there is a small town. Next to the town is a lake. On the lake is a tiny island. And on this island, there are absolutely no snakes, dragons, or monsters. That’s because, according to legend, in the 4th century St. Julius sailed across the lake on his cloak (yes, his cloak), and banished all the serpents from it forever.

These days, the Italian town of Orta is a romantic destination for couples. It has a picturesque Italian plaza, a backdrop of beautiful scenery, and daily boat rides to the Isola San Giulio, where visitors can view the desiccated remains of St. Julius in a glass coffin and stroll the inspirational Via del Silenzio–all without fear of encountering any slithery, scary, serpentine creatures.

With St. Julius serving as our guide, Orta follows a set of serpents trying to find their ways home after having been driven away, and a newlywed couple on their honeymoon, trying to celebrate the lives they’ve begun with one another. But as with most journeys, these pairs’ travels bring unexpected challenges. Secrets are revealed. Pasts are uncovered. And perhaps the lovers and the serpents are not as different as they seem at first glance…